Hubby decided to make tacos for us, and so I offered to make beans and rice to accompany them. I am a total fan girl of Instant Pot products, so I used both my Instant Pot and my IP Zest Rice Cooker.  These are the delicious results. 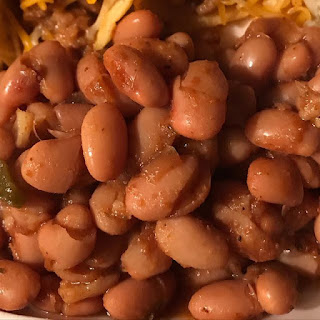 The beans came from Valerie's Kitchen. These are Mexican Pinto Beans made in the Instant Pot. A little on the spicy side, so be aware, but so delicious! Total hit with my spicy food loving family. 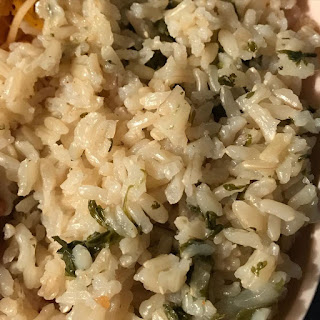 The rice is from the cookbook The Ultimate Rice Cooker Cookbook. This is the Mexican Green Rice recipe. It is not specifically for the IP Zest Rice Cooker, but the recipes are easily enough adapted. My oldest thought it was a little bland, my youngest loved it. I personally liked it a lot. Simple ingredients. One button. 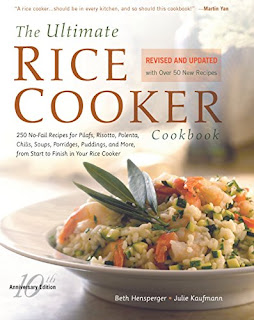 I originally bought this for my daughter because she had a rice maker and LOVES rice. I liked it so much, I bought my own copy.
Posted by The Happy Hippie at 8:00 AM No comments:

Around the World in Cookbooks from Cookin' Up a Storm

I have been a fan of the Sea Shepherd for a very long time. I initially got this cookbook from the library, and totally fell in love with it. When I spotted it at a bookstore, and it was the last copy they had, I snatched it right up! Recently I finally cracked it open and tried a few of the recipes. 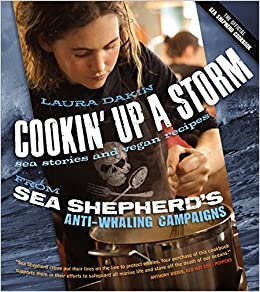 You can get this book at either Amazon or directly from the Sea Shepherd websites. It is totally worth it! 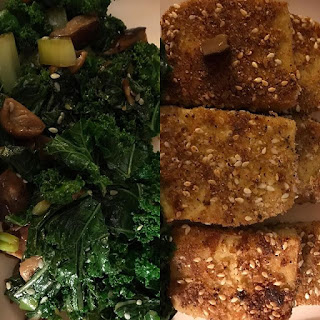 This is the Sauteed Shiitake Mushrooms and Kale and Old Salt (and Pepper) Tofu. Absolutely delicious! 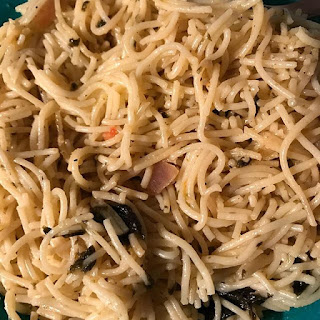 This is the Taste of the Sea Spaghetti. I liked it, but the sauce did not stretch very far. Next time I will either cut down on the amount of spaghetti or double the sauce.

Posted by The Happy Hippie at 6:16 PM No comments:

Around the world in cookbooks

Years ago, a friend of mine would share posts from a friend of hers where she'd cook from the different cookbooks she owned, and post pictures. I thought this was such a cool idea, so I'm going to feature some on my blog. And since I often search for and pin recipes on Pinterest, I'm going to share some of those recipes with corresponding links. I hope you enjoy!
Posted by The Happy Hippie at 6:07 PM No comments:

One can never get enough vegetables. Rather than go with the standard fare, try different ways of serving them. Here's one example! 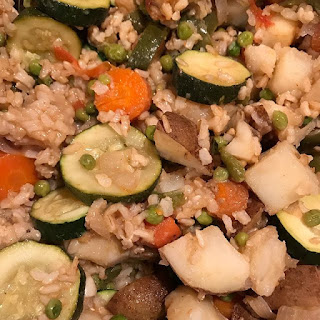 Saute the onion and garlic in water until beginning to soften. Add the tomato and bell pepper and saute until the onion is softened. Add potato, paprika, and cayenne and saute briefly to get everything mixed well. Add the rice, broth, carrot, zucchini, and peas. Bring to a boil, reduce, cover and simmer for about 30 - 45 minutes, or until the vegetables and rice are done. Serve. Enjoy!
Posted by The Happy Hippie at 11:00 AM No comments:

I've discovered how much I really love using an Instant Pot. My gosh, so simple! So far I've still only used the pressure cooking function, but I will eventually brave the other options. 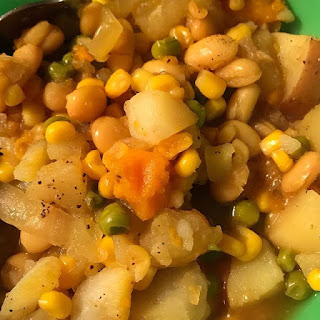 Once again, I didn't use the saute function, but feel free to saute the onions and garlic in oil until soft. Otherwise, all the ingredients to the pot, cook for 8 minutes. Let pressure release for 5 minutes, then do quick release. Serve over rice if you like. Enjoy!
Posted by The Happy Hippie at 11:00 AM No comments:

I finally got an Instant Pot. I'd been wanting one and kept looking at them every time I went to a store that sells them. "One of these days," I kept telling myself. One of those days finally arrived a few months ago. Then the inevitable where it sat while I stared at it for awhile, uncertain how to proceed. My son is braver. He got one months before I did, and his sat unopened in his dining room. We both decided to brave it. He went first. 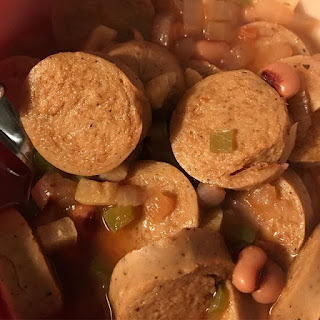 Because this was my first recipe, I didn't use the saute function, but you can saute the onion and garlic first, if you prefer. Add all the ingredients to the Instant Pot and cook at pressure for 5 minutes. When done, release pressure after 3 minutes. Discard bay leaf. Serve. Enjoy!
Posted by The Happy Hippie at 11:00 AM No comments:

When family gathers for a big meal, I like to bring more than one item. Must be a mom thing - I always want to make sure everyone gets enough to eat!

Saute the garlic and onion in the oil until softened. Add a handful of kale and stir until wilted. Continue adding handfuls of the kale until you've cooked all of it. Sprinkle it with the broth and liquid smoke and let it steam for about 5 minutes. Season with salt, as desired. Serve. Enjoy! 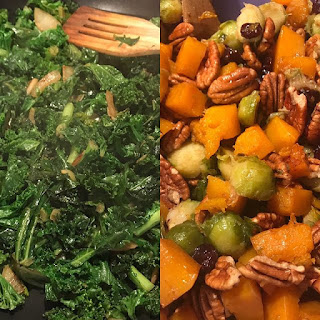 Posted by The Happy Hippie at 11:00 AM No comments:

The Happy Hippie
I am a vegan working always on finding her zen. I try to find a reason to make each day a celebration. It usually involves tea.

The Zen Vegan was chosen!

Please visit my other blogs!

I have recipes featured in a new cookbook!